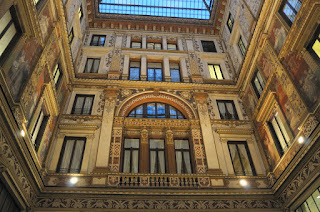 The evolution of the passage (galleria) in Italy (after the early French galerie introduced by Philippe Égalité when he extended the Palais Royal). The galleria was built by Giulio de Angelis for the prince Maffeo Sciarra. The architecture is Art nouveau, or to use the Italian definition, Liberty. 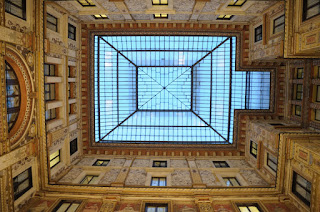 The frescoes by Giuseppe Cellini are inspired by the Italian Renaissance and refer to the role of the woman in society, a very traditional view indeed (to say the least). Women are depicted as being benign, just, merciful, prudent, lovely and dominant in the upper part and the their stages of life, from girl, to spouse and mother are represented in the lower order. 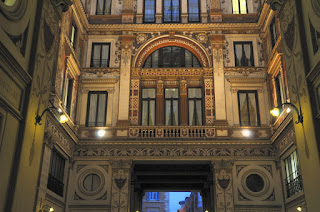 The building, which was recently restored, is one of the lesser known treasures of the eternal city. Not too difficult to find though: you may even stumble upon it when leaving Fontana di Trevi for the Pantheon. To make it easier, here goes the map. 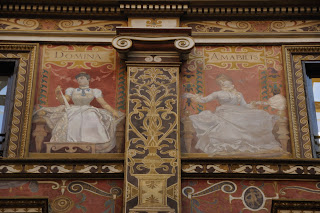 Some of the virtues and scenes. Domina and Amabilis. 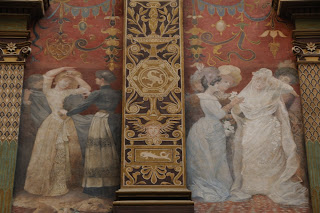 Getting ready for the marriage. 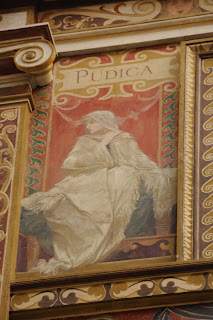 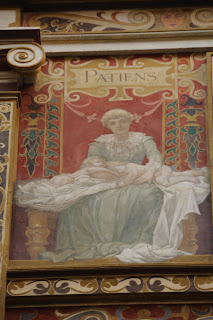 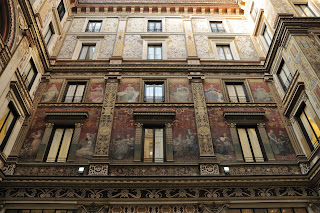 View of one of the walls with frescoes.